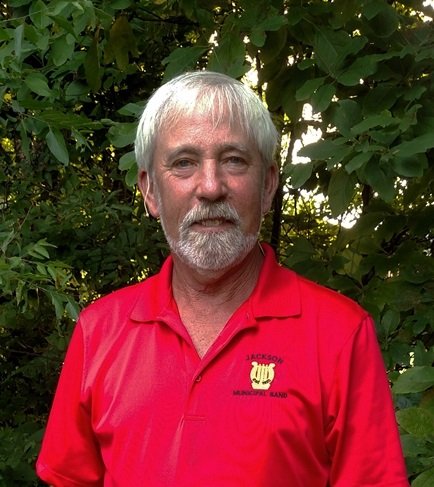 This weeks featured member is Steve Meier. Steve is a trombone player in the Jackson Municipal Band and this will be his 50th year playing with us. He plays in the band because he has a passion for music and being in a group that feels the same way. As far as his musical history goes he was in the Golden Eagles during his time at Southeast Missouri State University and he used to be a band director.

Steve is currently a Christmas tree farmer after his time as a postmaster, but in his spare time he loves to woodwork and reenact historical events. He is very proud of how the band has developed over the many years that he has been a part of our band.