Scott Vangilder took over direction of the Jackson Municipal Band in 2010, after long time director Nick Leist retired. Vangilder slid into the position with ease, after playing in the trumpet and percussion section with the group since his high school and college days, but full time since 1985.

Vangilder retired as head band director with the Jackson School District in 2011 after 27 years of service. Vangilder was a product of the Jackson band program, studying under Nick Leist in school. After graduating at Jackson, Vangilder pursued his Bachelor of Education in Music at Southeast Missouri State University, graduating in 1978. He then completed a Master of Music degree in trumpet performance in 1980 from Wichita State University, studying with Walter Myers.

Vangilder sees many familiar faces in the band, something that has been cherished by past directors as well.

“It is a pleasure and treat for me to direct former students, friends and Jackson community leaders in the band, “Vangilder said.”The Jackson Municipal Band is a very good band with some outstanding musicians, and we are capable of performing some demanding band literature.

“We always plan a variety of music; something that everyone will enjoy,” said Vangilder. “The feature of our concerts is always our special entertainment, most of them local favorites, and we have also featured talent from the St. Louis area.”

Vangilder is proud to lead a group that grows ever nearer its centennial celebration.  “The Municipal Band of Jackson has a long history of tradition, stemming from the band’s fine performances for the Jackson community,” said Vangilder. “This can be attributed to the tireless work of the band’s former directors, particularly long-time director Nick Leist.” 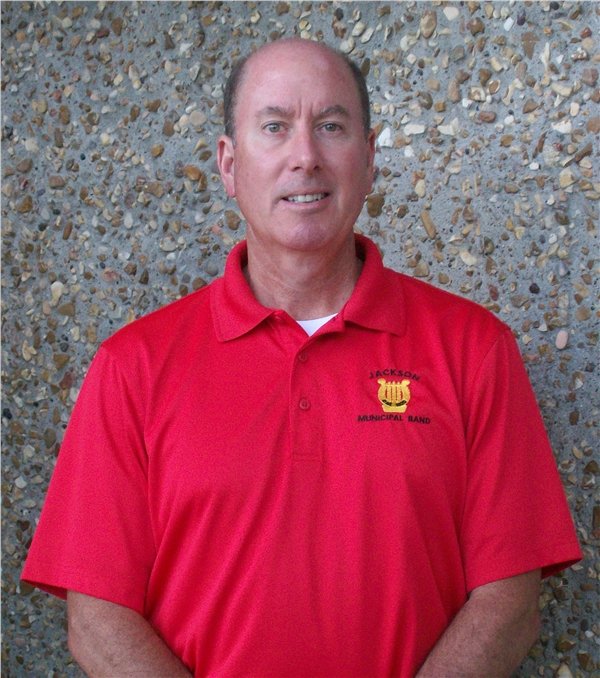 The Jackson Municipal Band performed an extended concert Thursday night in honor of former director Nick Leist, who began as director in 1968 before retiring earlier this year due to health.

Current band director Scott Vangilder said Leist’s decades of service to the band deserved recognition.
“If somebody devotes 42 years of his life to Jackson and this band and they retire, we are going to honor him. He is a living musical legend in Jackson. He is Mr. Music,” he said. Read more HERE

Nick passed away on January 4, 2015. He left behind a legacy of not only his work with students and adults in his life, but more than one generation of talented music students that grew to follow in his footsteps, teaching their own students and entertaining as they carry his spirit with him.

Below is the video of Nick’s funeral service held at St. Paul Lutheran Church in Jackson, MO on January 7 in its entirety.
Close Menu